The Unstoppable Exploits of CHILDREN OF BODOM

Finish melodic death metal band Children of Bodom cannot be stopped. Formed in 1993, and releasing their first album in 1997, Children of Bodom has been going strong since their inception. Recently, some may have been concerned about the departure of long time rhythm guitarist Roope Latvala, but not to worry, their ninth studio record I… Read more »

MURDER FM – From the Shadows of Texas 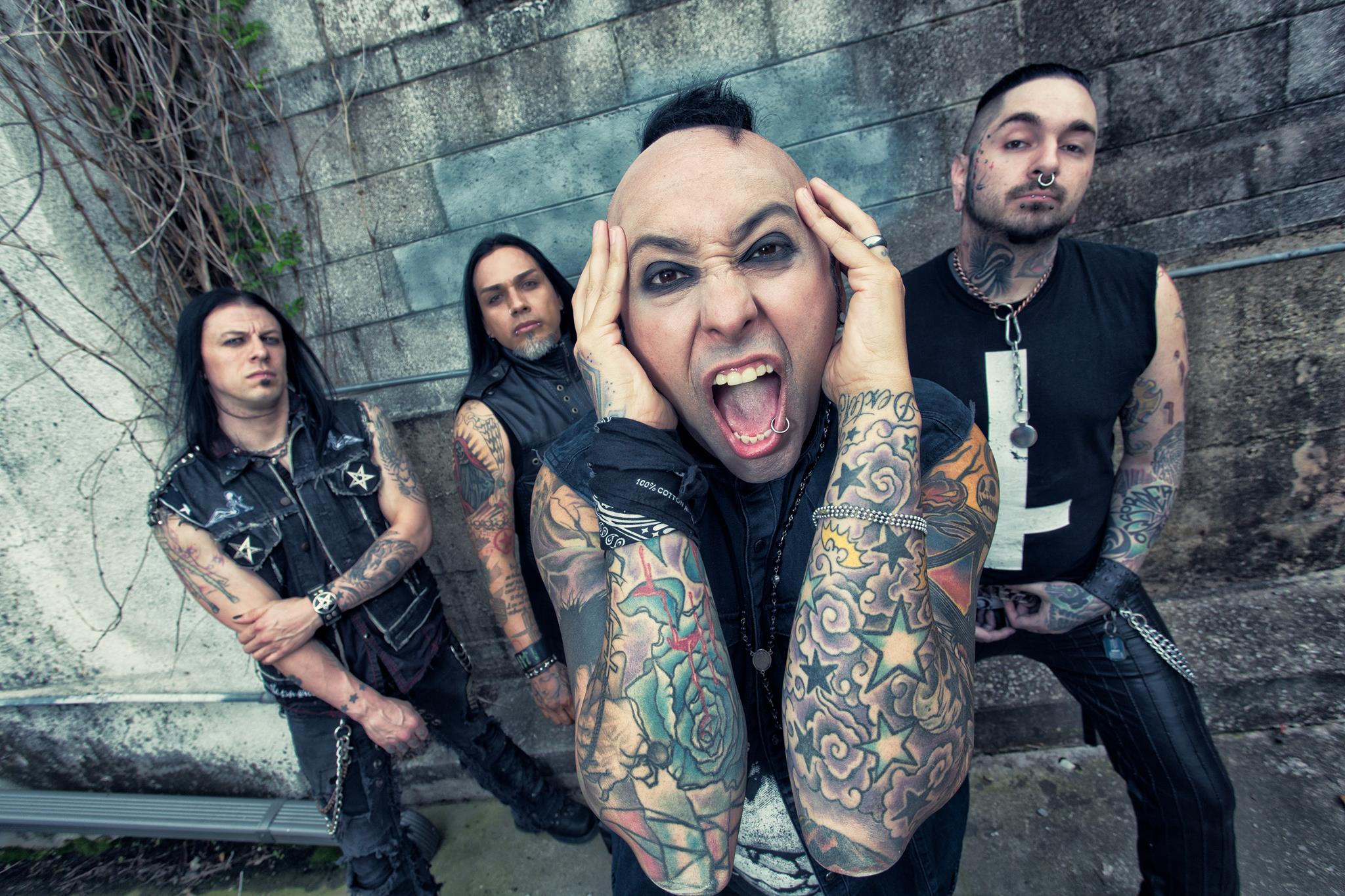 Murder FM may seem like they came out of nowhere and immediately started kicking ass. There first show was opening for The Used, the second was at the Whisky, and, the third gig was going on tour with Korn. However, their formation and subsequent success are certainly no accident. Vocalist, guitarist, and programmer Norman Matthew… Read more » 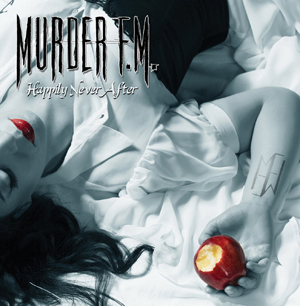 El Paso, Texas band Murder FM formed from the ashes of the band Never Enough, which also featured members who would eventually go on to form 18 Visions. Murder FM has just released Happily Never After on Famous Records Global, a company founded by Evanescence drummer Will Hunt. The band has a sound that could… Read more » 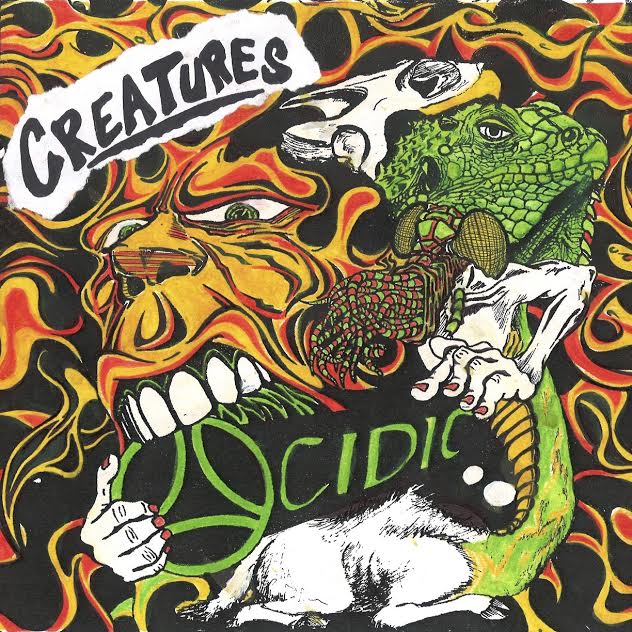 ACIDIC, a recently formed band from Southern California who has basically been releasing albums and playing shows nonstop since their inception, is coming out with another installment to their madness entitled Creatures. This album will be ACIDIC’s third collaboration with multi-platinum award-winning producer John Ryan of Chicago Kid Productions. He has produced the likes of… Read more »

TAD MOROSE – Back in Action 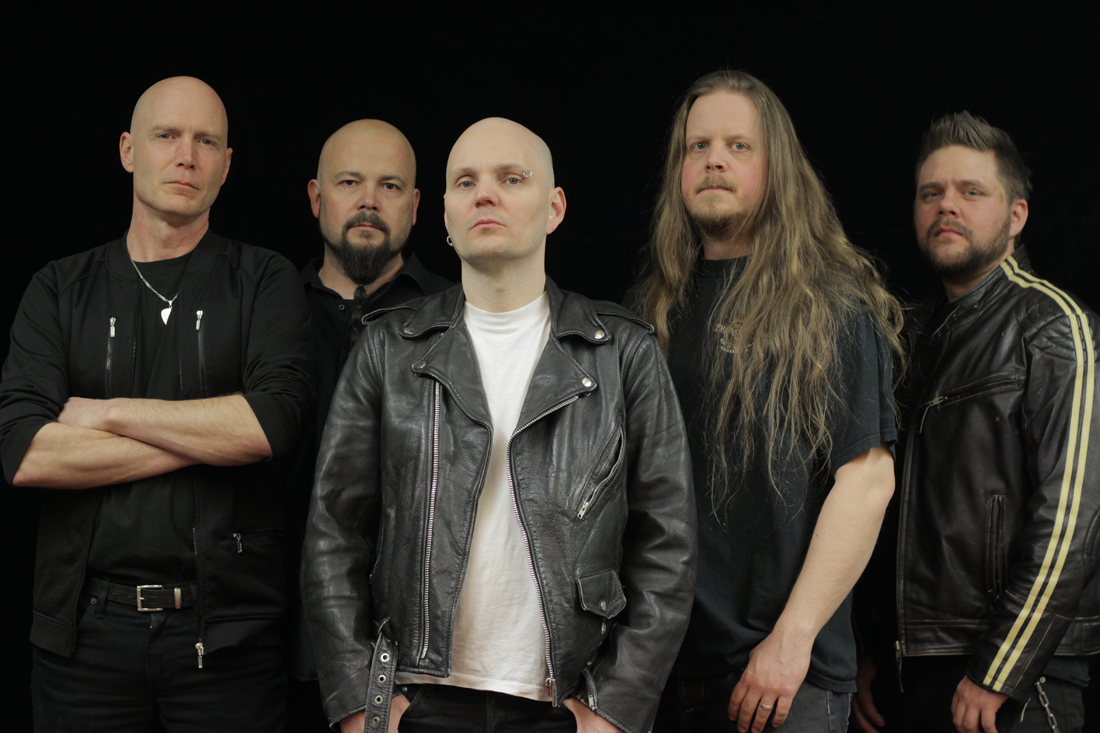 Formed in 1991 in Bolinas, Sweden Tad Morose is one of the foremost power metal bands out there. They released their debut album, Leaving the Past Behind via Black Mark Productions in November of 1993. They had a successful run between 1993 and 2003, releasing a total of seven studio albums and touring all over… Read more »

FEAR FACTORY – Genexus, The Story of Every One of Us 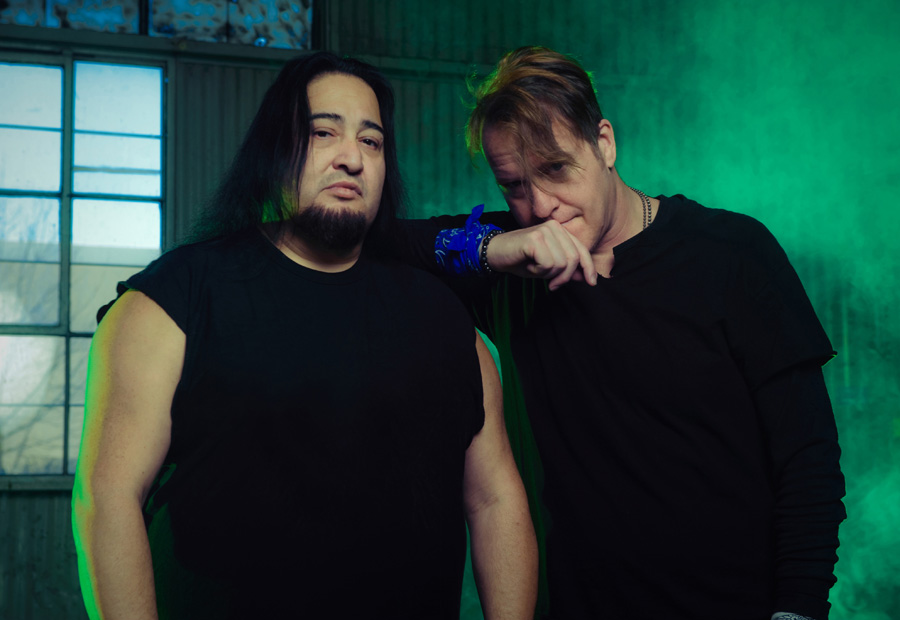 Since 1989, industrial metal icons Fear Factory have been changing the face of metal with their signature blend of hard driving guitar riffs, triplet laden drums, and melodic vocal hooks. Despite some tumultuous lineup changes throughout the 2000’s, founding members Burton C. Bell on vocals and Dino Cazares on guitar are continuing to make Fear… Read more »

MOXY AND THE INFLUENCE – From Classical Training to Classic Rock 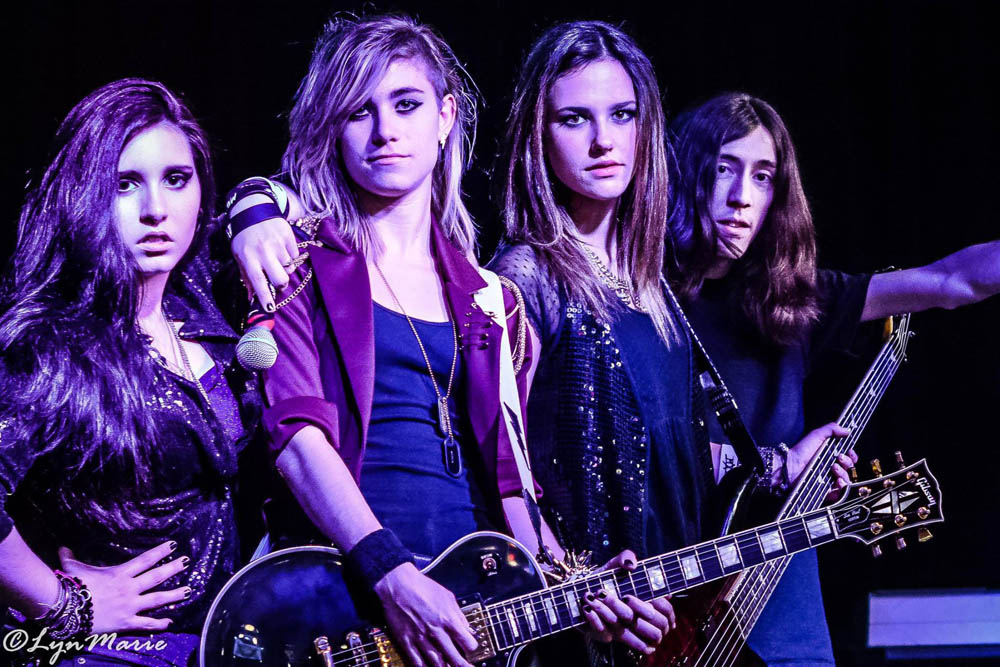 Though the ages of the members of Southern California band Moxy And The Influence start at just 16 years old, they have more experience in music than many people twice their age. The members consist of Moxy Anne on lead vocals, Sydney Ellen on guitar and background vocals, Ignacio Barrientos on drums, and Shea Hamilton… Read more » 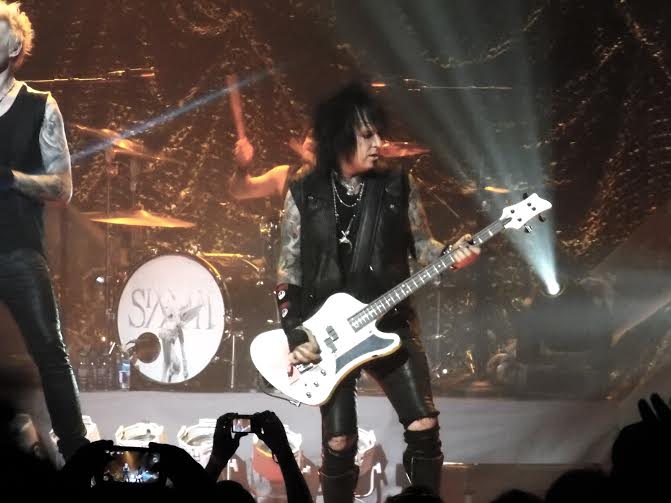 Sixx:A.M., Mötley Crüe bassist Nikki Sixx’s side project has really come into its own as more than just a second thought to Mötley Crüe. The band features guitarist DJ Ashba who is also in Guns N’ Roses, along with vocalist James Michael, who has worked as a record producer and songwriter for recording artists including… Read more »

VAMPS – Taking Over the World 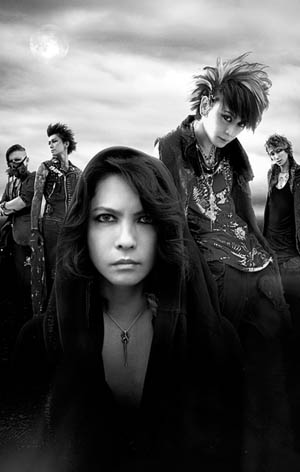 With four albums under their belt and numerous tours Vamps are kicking ass and taking names. Formed by L’Arc-en-Ciel vocalist HYDE and Oblivion Dust guitarist K.A.Z in 2008, Vamps is an alternative/hard rock band from Japan that released their first single  Love Addict on July 2, 2008. The pair had been working together on HYDE’s… Read more »

The Overwhelming Sound of RED 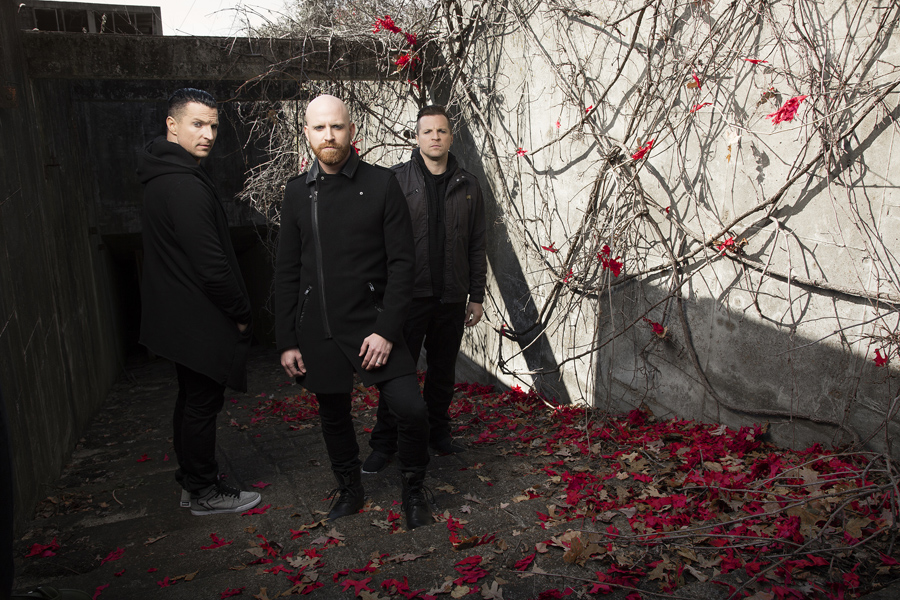 The band RED has just released their fifth studio album entitled Of Beauty and Rage on Essential Records on February 24. The album debuted in the Top 15 on the Billboard Top 200, and is #10 on the SoundScan Top Current Albums chart. The band is clearly excited about the debut, but big sales and… Read more » 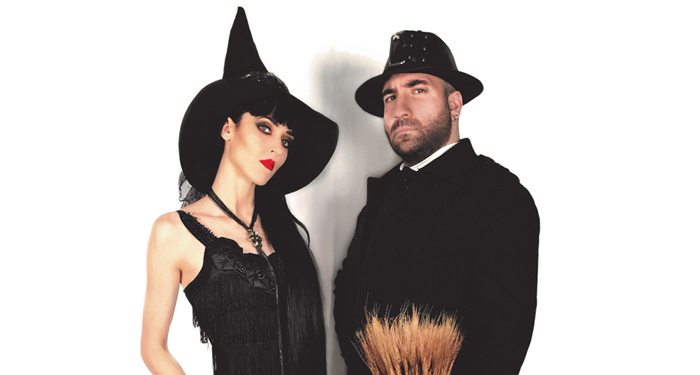 The notoriously DIY band One-Eyed Doll will release their new album, Witches on Standby Records on March 24, 2015. One might wonder why they decided to work with a record company at this point in their career after they’ve already been pretty successful at building a buzz on their own. Screamer had a chance to… Read more » 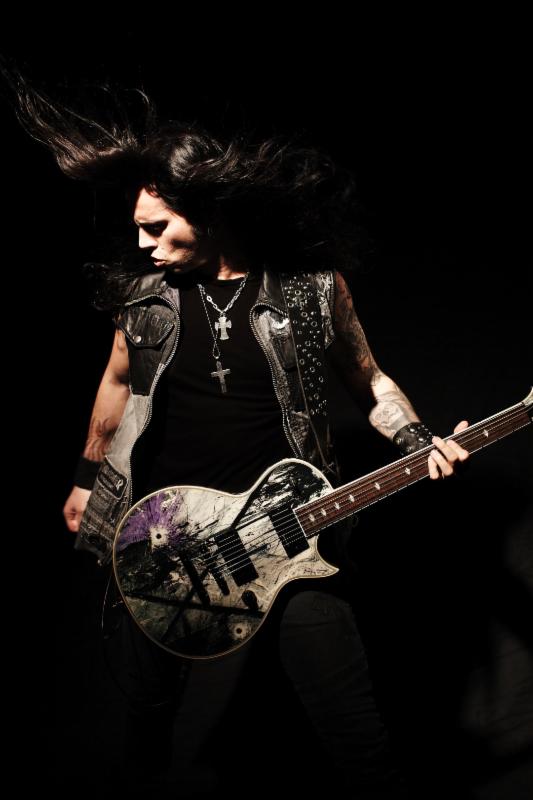 Gus G may be well know for his work with Ozzy Osbourne, but he has more than a few other tricks up his sleeve. He has been playing with his successful power metal band Firewind since 1998. He also made guest appearances on countless albums for other artists including Old Man’s Child, Sigh, and In… Read more »