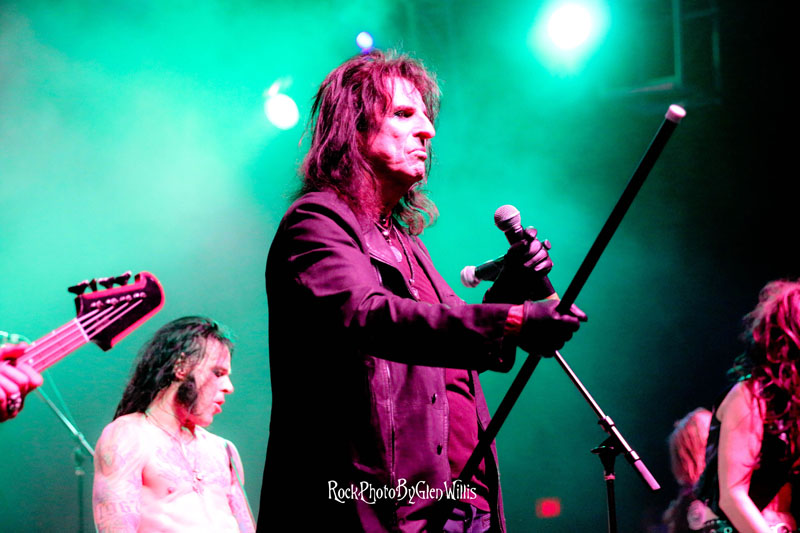 NAMM weekend is known for bringing some of the best shows to Orange County and the NAMM Jam at the Grove of Anaheim on January 22, 2016 presented by Delve Texas and proceeds going to the House Of Blues Music Forward Foundation. In the lobby there was a red carpet and a silent auction going… Read more » 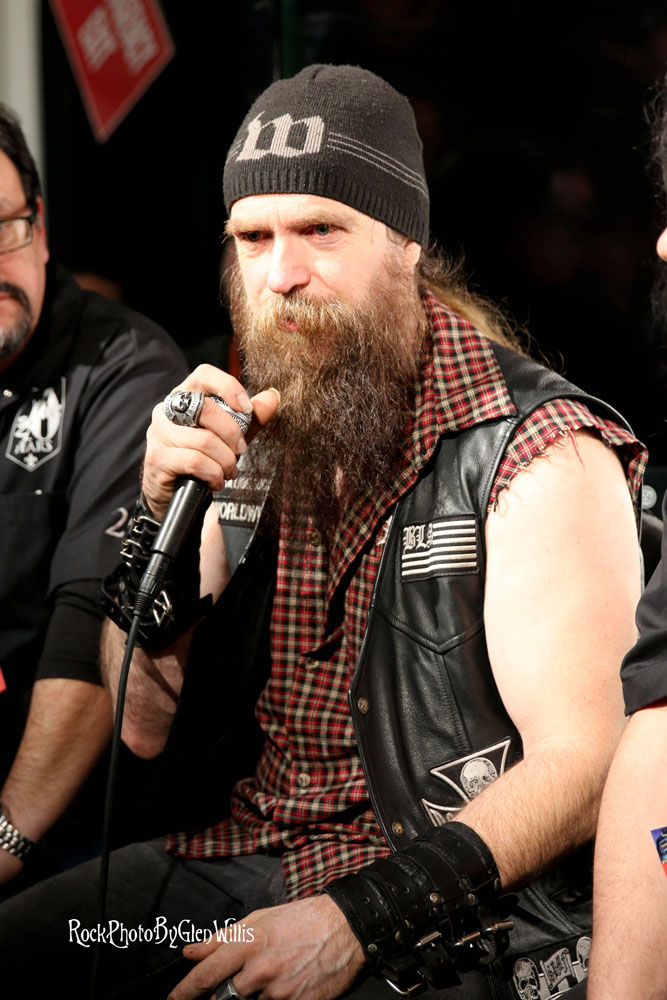 Zakk Wylde debuted the first three guitars being put out by his company Wylde Audio, at a NAMM 2016 Press Conference. The guitars will receive worldwide distribution through Schecter Guitar Research, and president and CEO Michael Ciravolo introduced Wylde and said what an honor it is to be doing this deal with him. The guitars are… Read more »

RIVAL SONS – The Next Generation Of Rock 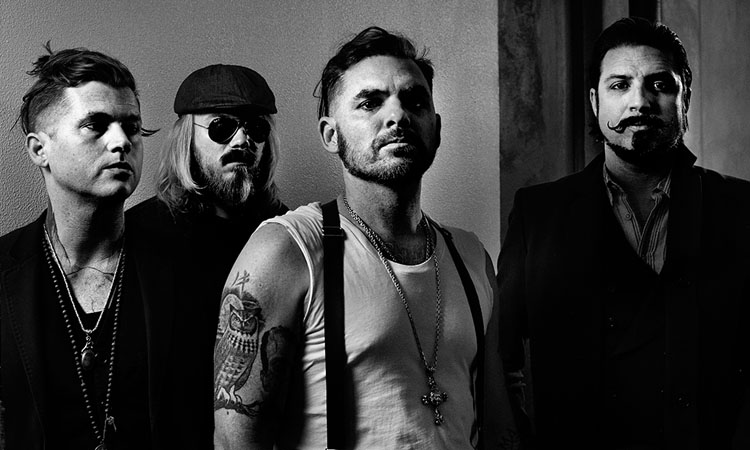 “I saw Rival Sons perform and was very, very impressed. They are one of the best of the up and coming bands in their genre which is why we chose to take them on Black Sabbath’s final tour.” – Ozzy Osbourne The Long Beach, California band Rival Sons are currently touring with Black Sabbath on… Read more » 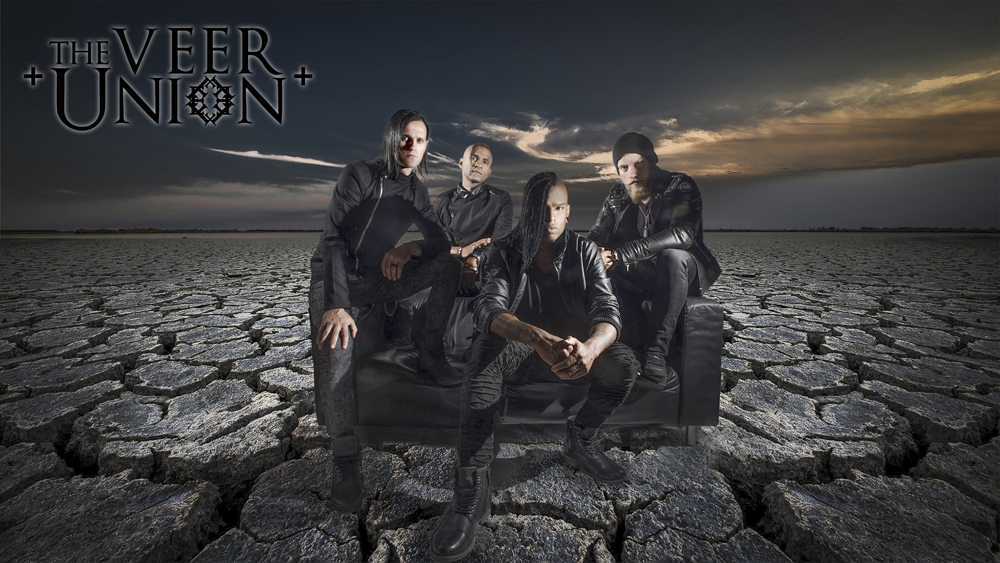 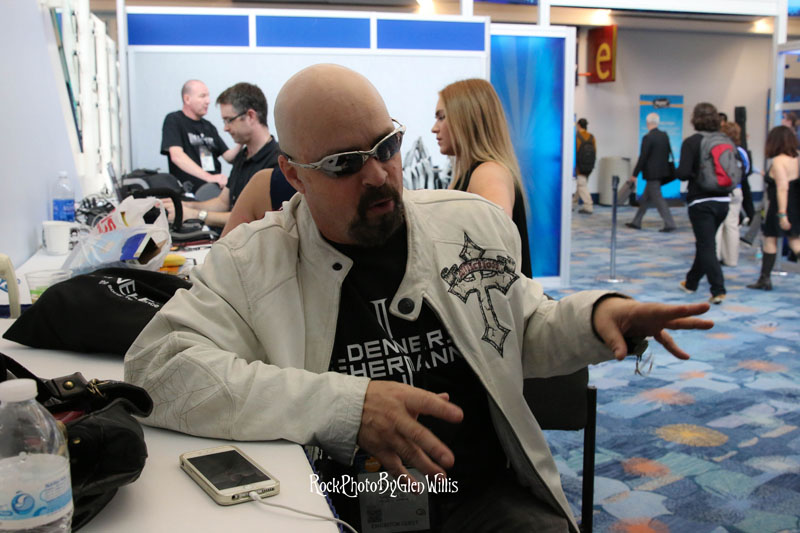 You can always tell how much someone loves their craft. They take advantage of all of the opportunities presented to them even if it means taking on a stack of projects. Sean Peck, a singer/songwriter from San Diego, California is a prime example. With his band CAGE as well as Death Dealer and Metal Shermann, Peck… Read more » 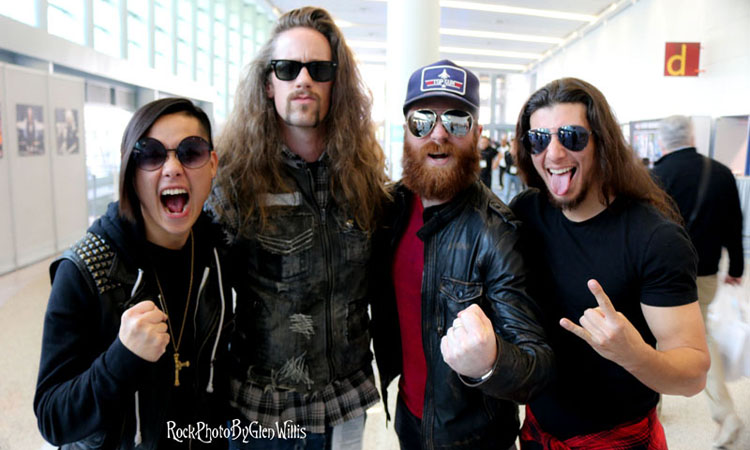 Los Angeles based band Diamond Lane is truly a diamond in the rough. In this day and age, DIY (do it yourself) bands are where it’s at. Bands that can create the buzz on their own and deliver a polished group of artists with an album gift wrapped and ready to hit the market are… Read more » 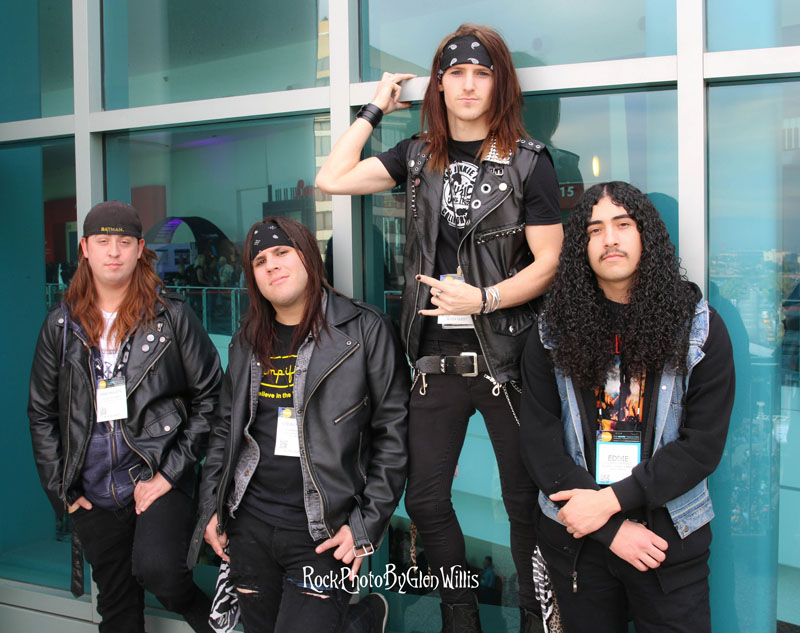 Last year when Riki Rachtman held a Battle Of The Bands at The Whisky in Hollywood for a spot to play on stage at the Cathouse Live event, one band in particular caught our attention, Faith & Bullets. What better opportunity to catch up with the guys than at NAMM 2016?  And members Stevie Mayhem (vocals), Rikki… Read more » 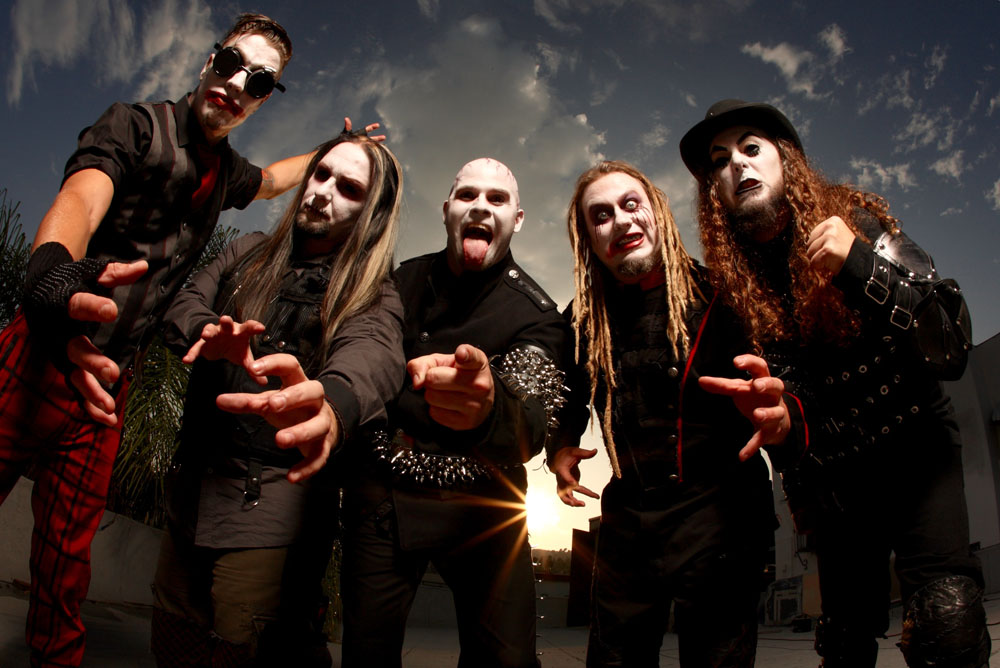 Long Beach, California based band Sunflower Dead is anything but ordinary with their stage makeup and theatrical music videos, and just as the interviews at The NAMM Show were winding down, Michael Del Pizzo, vocalist met up with us. Del Pizzo is originally from Philadelphia but moved to Long Beach many years ago and the other… Read more » 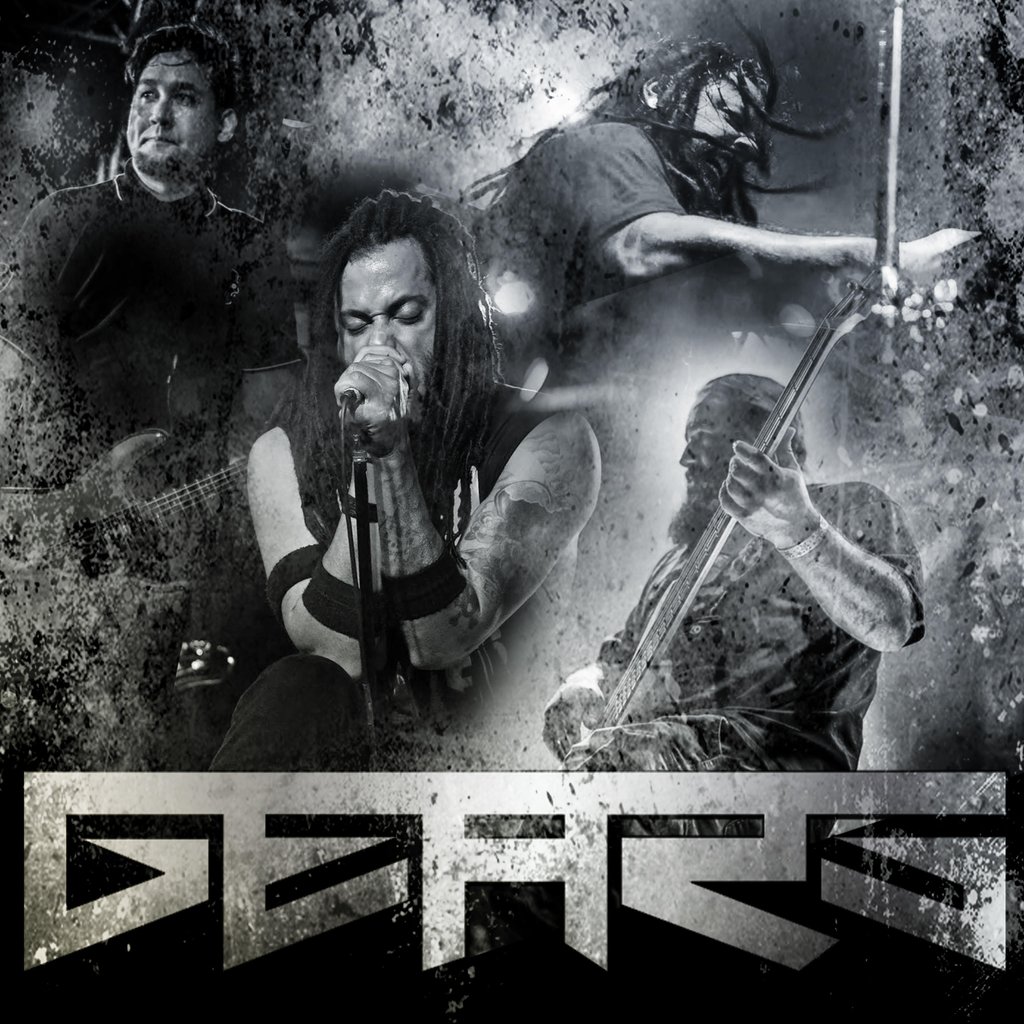 One of the best parts of going to the NAMM Show is having the opportunity to meet with new bands as they start out on their musical journey. In retrospect, even Guns N’ Roses had to start somewhere so you never know what kind of gem you may find and once we heard Miami, Florida based… Read more »

Elaborate stage shows and rock n’ roll are still alive and they beat in the chest of a band called Malice. Founded by bassist and Metal Warrior Rayman James and his younger brother Jay Mez in Minneapolis, Minnesota in 2009. Mez, was the original guitarist but never recorded with the band and was, it was then… Read more » 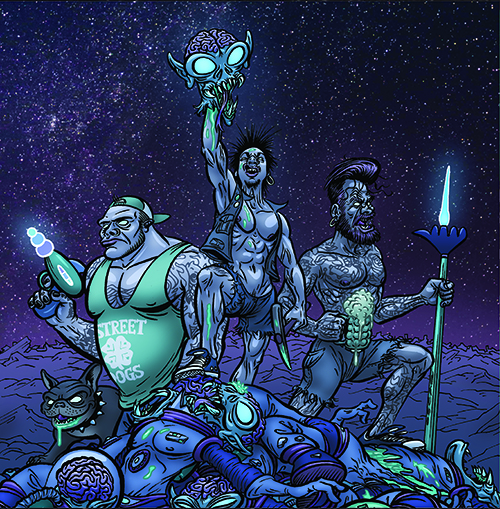 Swedish punk rock n’ roll band Junkstars’ latest release This Means War delivers a massive dose of good old fashioned punk rock with a modern twist that will take you back to the thrashing punk days of the 80’s. Kill The Ravens is the first track and sets the tone for the rest of the… Read more »

ESCAPE THE FATE Live at The Whisky A Go Go

In the wake of the Paris attacks, one of which occurred during an Eagles Of Death Metal show, Las Vegas-based band Escape The Fate brought rock n’ roll fans together in harmony as they headlined at The Whisky A Go Go in West Hollywood, CA on November 14th. With opening bands like Sirens & Sailors,… Read more »