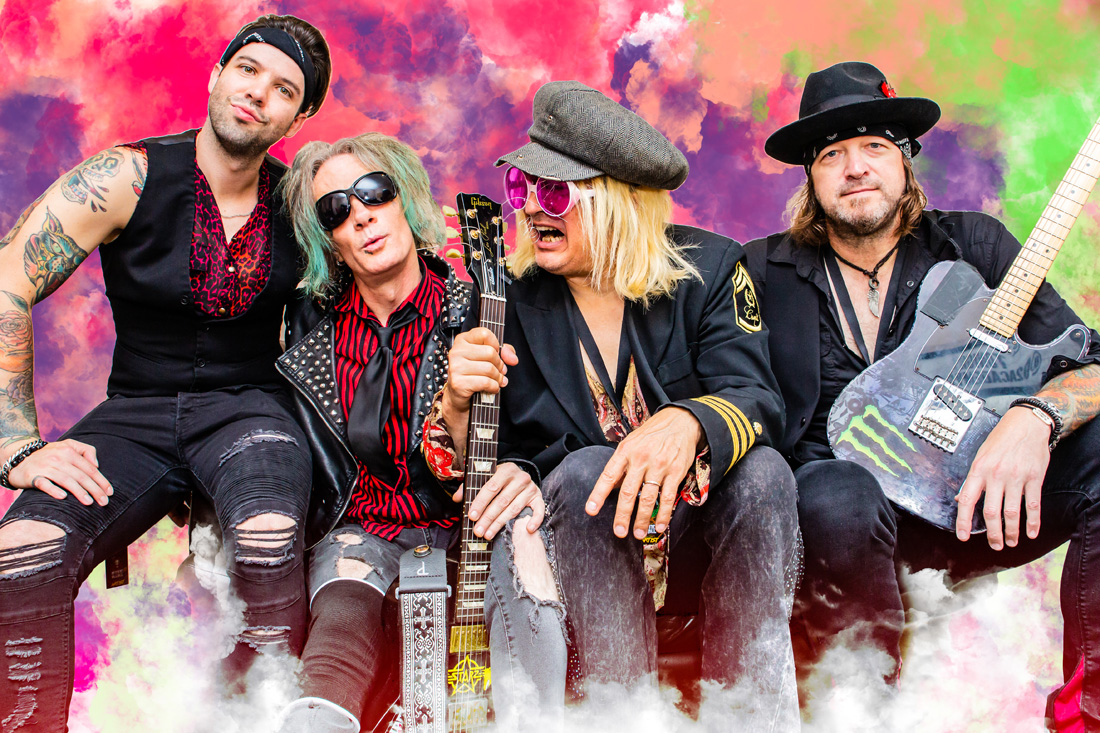 Facebook and Twitter are bustling with opinions, theories and propaganda.  From the handling of the coronavirus to protests and looting to the upcoming Presidential election, you can find about as many opinions as you can people espousing on these and numerous other topics.  Instagram, Tik-Tok and Snapchat are populated with pictures of lunch, silly videos… Read more » 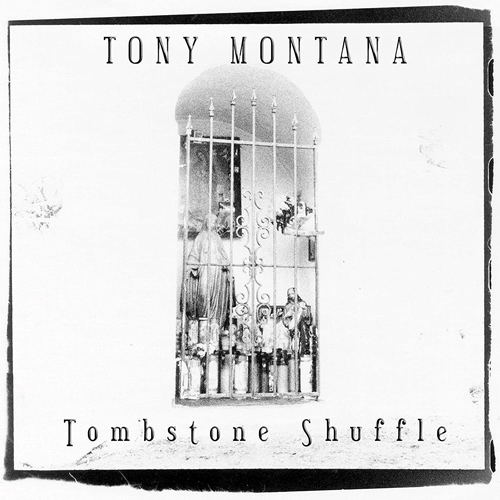 Tony Montana, has reissued his debut solo record from the year 2000.  No not the pile of blow snorting gangster in Scarface, the other one, the one who played bass in Great White and is now a guitarist in Jack Russell’s Great White, that Tony Montana.  Not a household name, you say?  Well, maybe not,… Read more »

If you grew up spinning vinyl records on a turntable in the 1970’s, you’ve seen the name.  Like so many did, you would arrive home with the coveted new Van Halen record.  Frantically biting the corner of the celo-wrapping, unable to pick the lock of this treasure chest fast enough, you were finally able to… Read more » 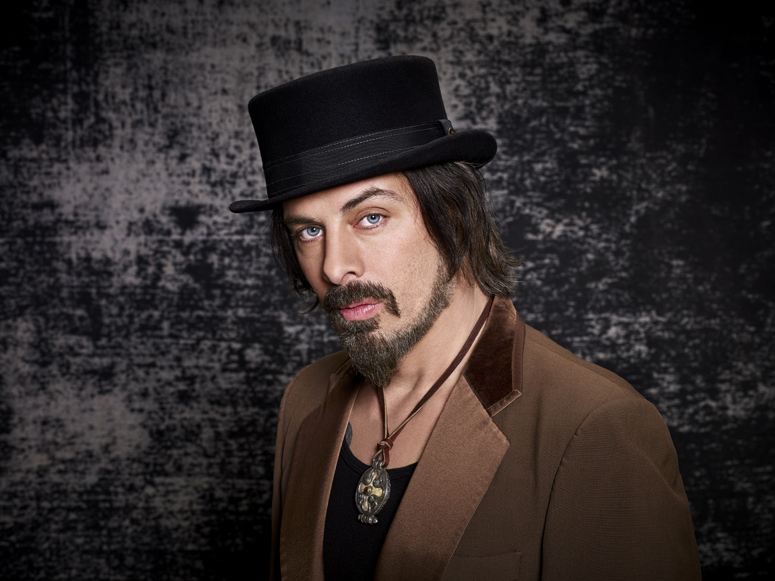 Everyone has the visual of a man turning 50 years old.  You know it, the seemingly normal family man who turns his back on the conventional life in a futile attempt to reap long ago sown seeds of lost youth.  You might envision a balding man strutting into a Chevrolet dealership to purchase that Corvette… Read more » 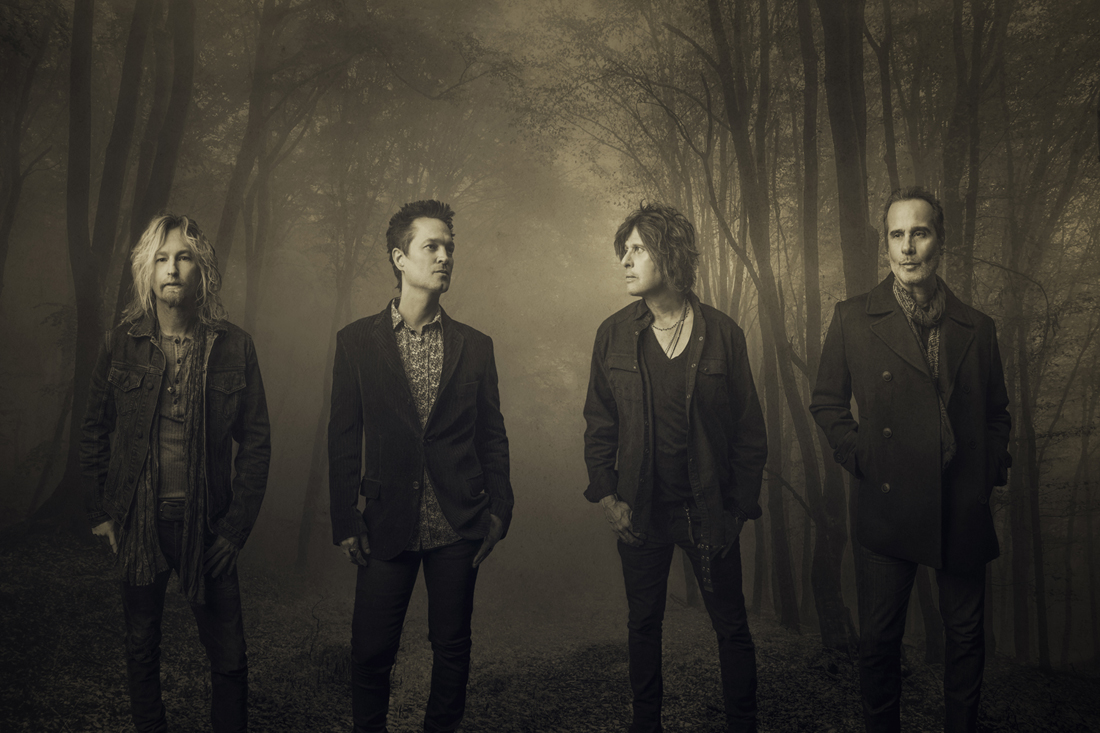 The year is 1992 and the majority of the rock world has its eyes turned to the Pacific Northwest of The United States.  Seattle’s grunge/alternative scene has already turned out Nirvana, Alice In Chains, Pearl Jam and Soundgarden.  This new genre of music will change the face of rock n’ roll music for a good… Read more » 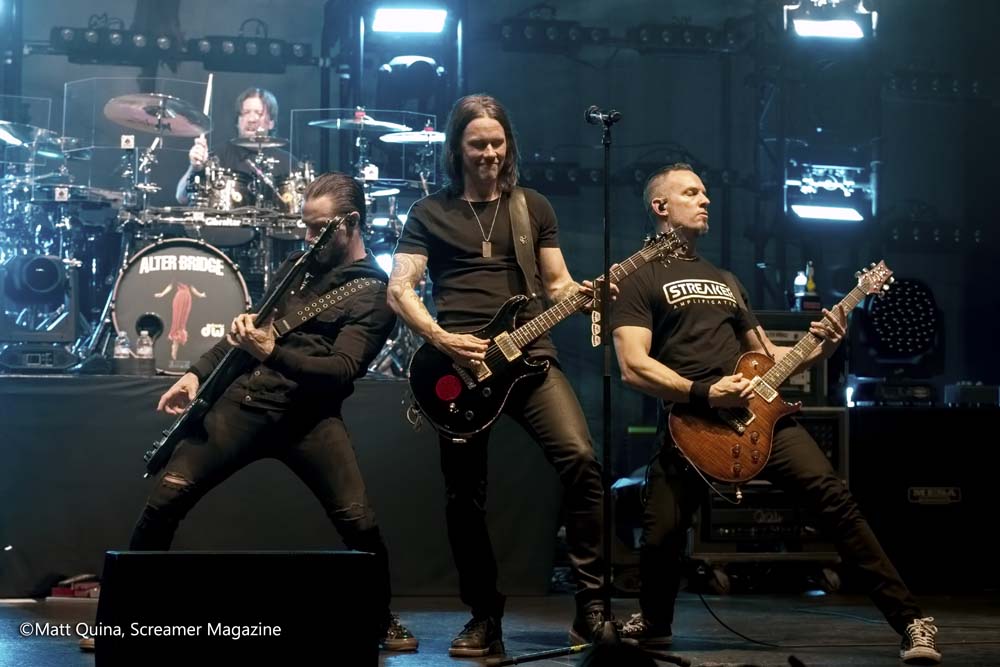 Beginning in 2004, Alter Bridge embarked on a journey that would see a triennial album and touring cycle.  With the release of Walk The Sky late last year, the Skywalkers have been on a two-leg expedition that has had them playing across the United States.  The final few shows of chapter number two included a stop in… Read more » 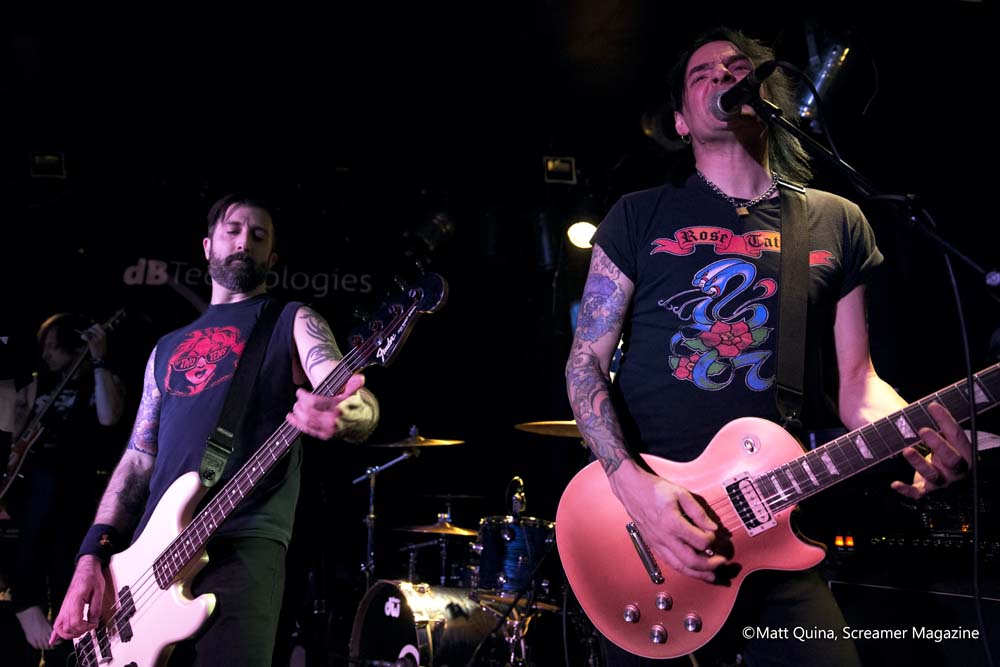 There is a lot of talk about the resurgence of rock n’ roll these days.  The last few years have seen several groups emerge whose musical tastes and conversely their art are planted firmly in the root system of the tree of rock.  The Struts are putting the glam of Queen and Bowie back into… Read more » 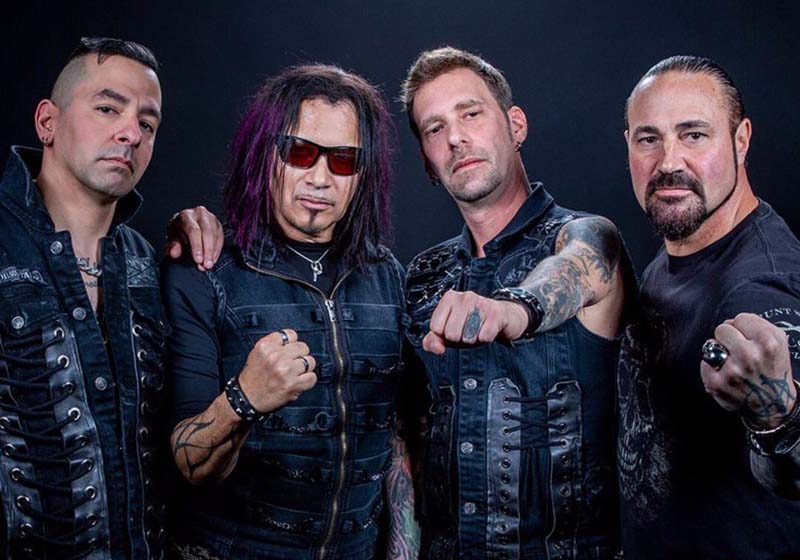 When a band is formed of members who for the most part have been in other recording and touring groups, there is a description used to describe that situation.  “Rising from the ashes of band X, Y and Z” is how that formation is typically described.  When relating the formation of Weapons Of Anew, a… Read more »

SONS OF APOLLO – Live! At The Roxy with Tony MacAlpine & Schiermann 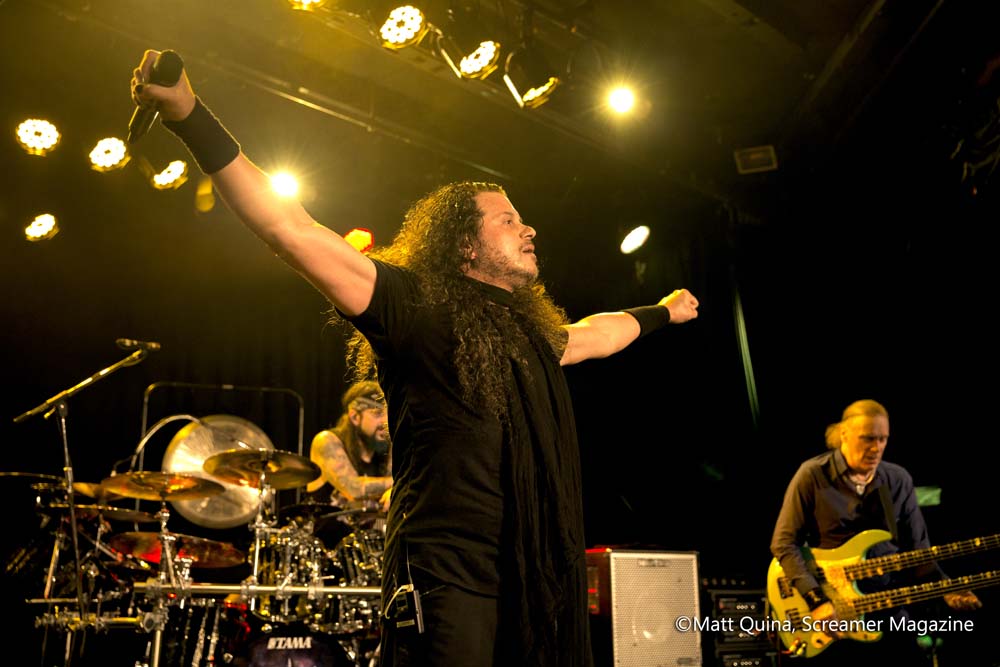 The Sunset Boulevard landmark Roxy Theater has been witness to many a performance of mythical proportion.  Ancient Roman and Greek amphitheaters were places where stories of mythology were portioned out to the populous.  One can imagine the thinkers, dignitaries and fellow performers of the day gathering to partake of the cultural impartations of the comedians… Read more » 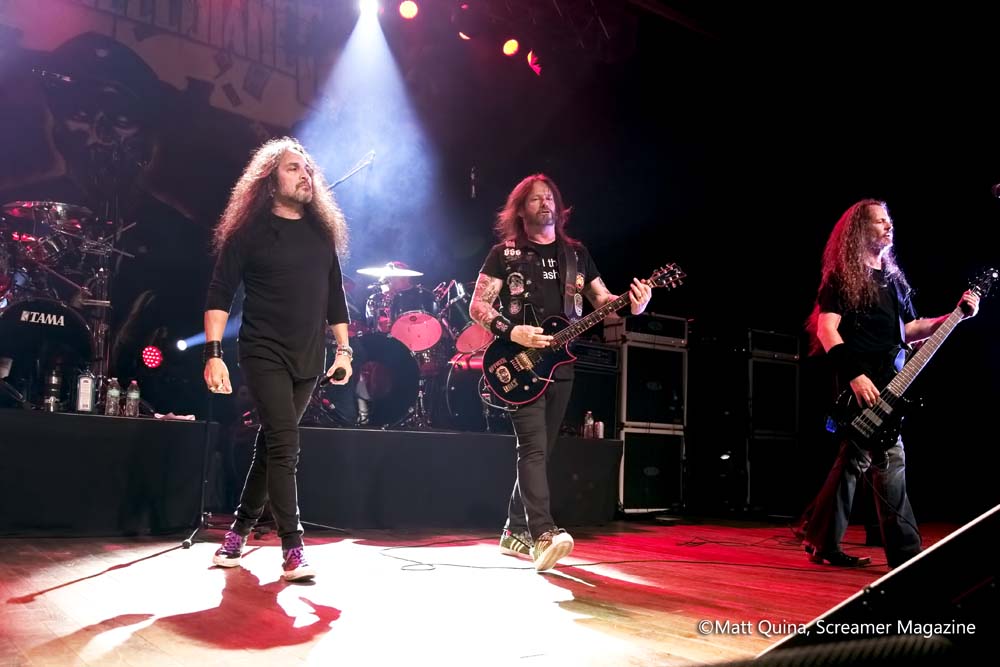 There is an annual music industry pilgrimage to Anaheim, California.  A chance for insiders to get a peek behind the curtain if you will, at all the equipment, instruments, gadgets and numerous other items with which one can conduct the business and pleasure of creating music.  That little get together is known as NAMM (National Association of Music… Read more »

LIZZY BORDEN – Live! At The Whisky 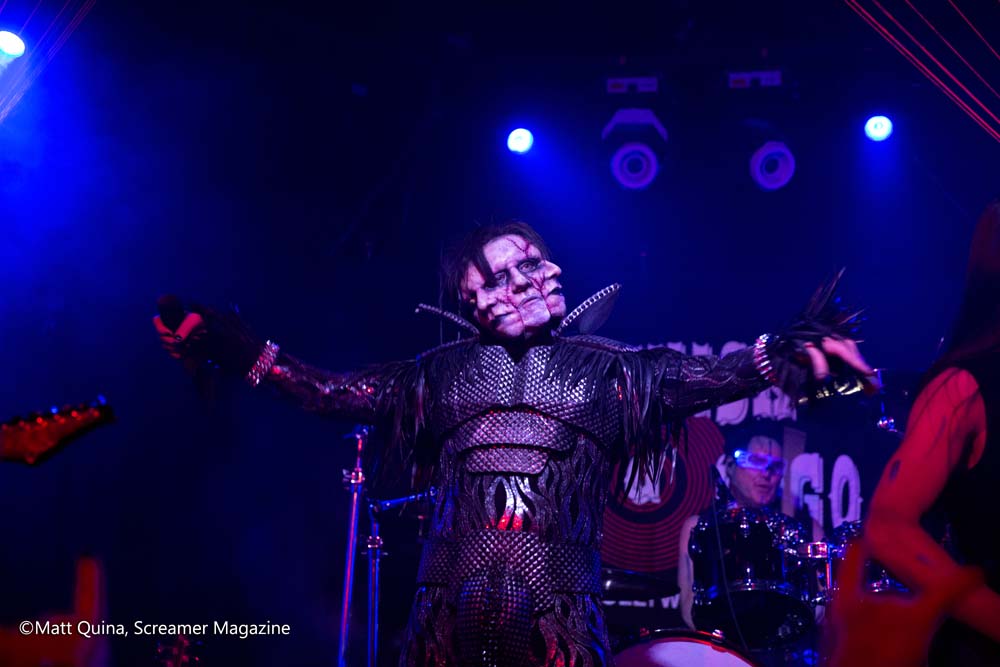 Lizzy Borden is one of the numerous Los Angeles based metal bands that rose to prominence in the mid 1980’s only to be knocked off that perch by the grunge scene in the early 1990’s.  However, you wouldn’t expect a band that took its name from an infamous accused ax murderer to stay permanently derailed by a… Read more » 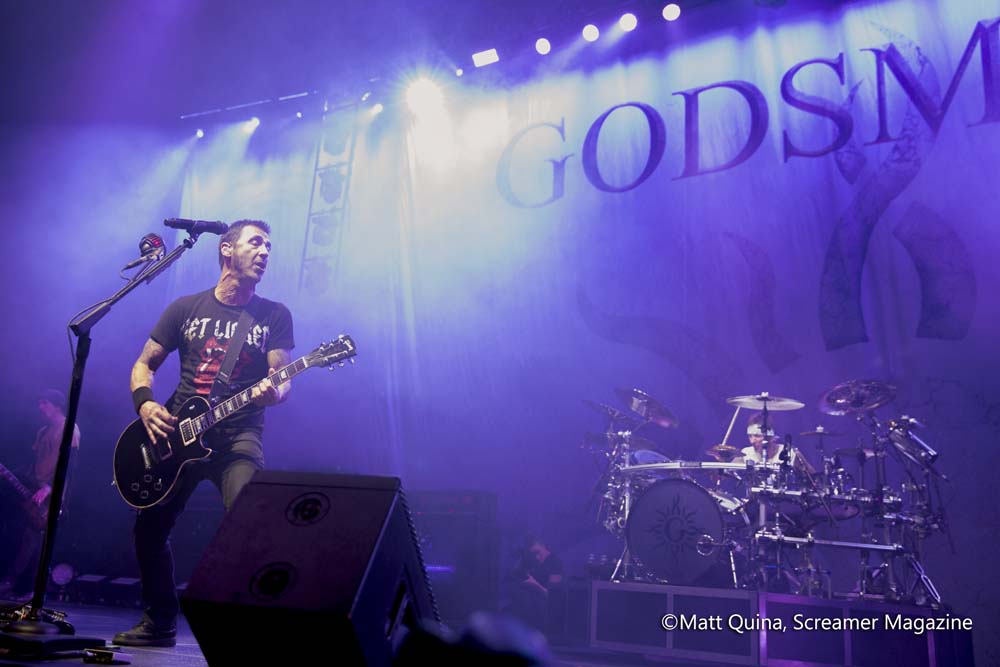 Godsmack, the Boston area quartet who first rose to prominence at the very end of the last century are on the road in support of 2018’s album When Legends Rise.  Spending the better part of the last eight months promoting the latest release, they played a homestretch show at The Toyota Arena in Ontario, CA.  Sunday,… Read more »