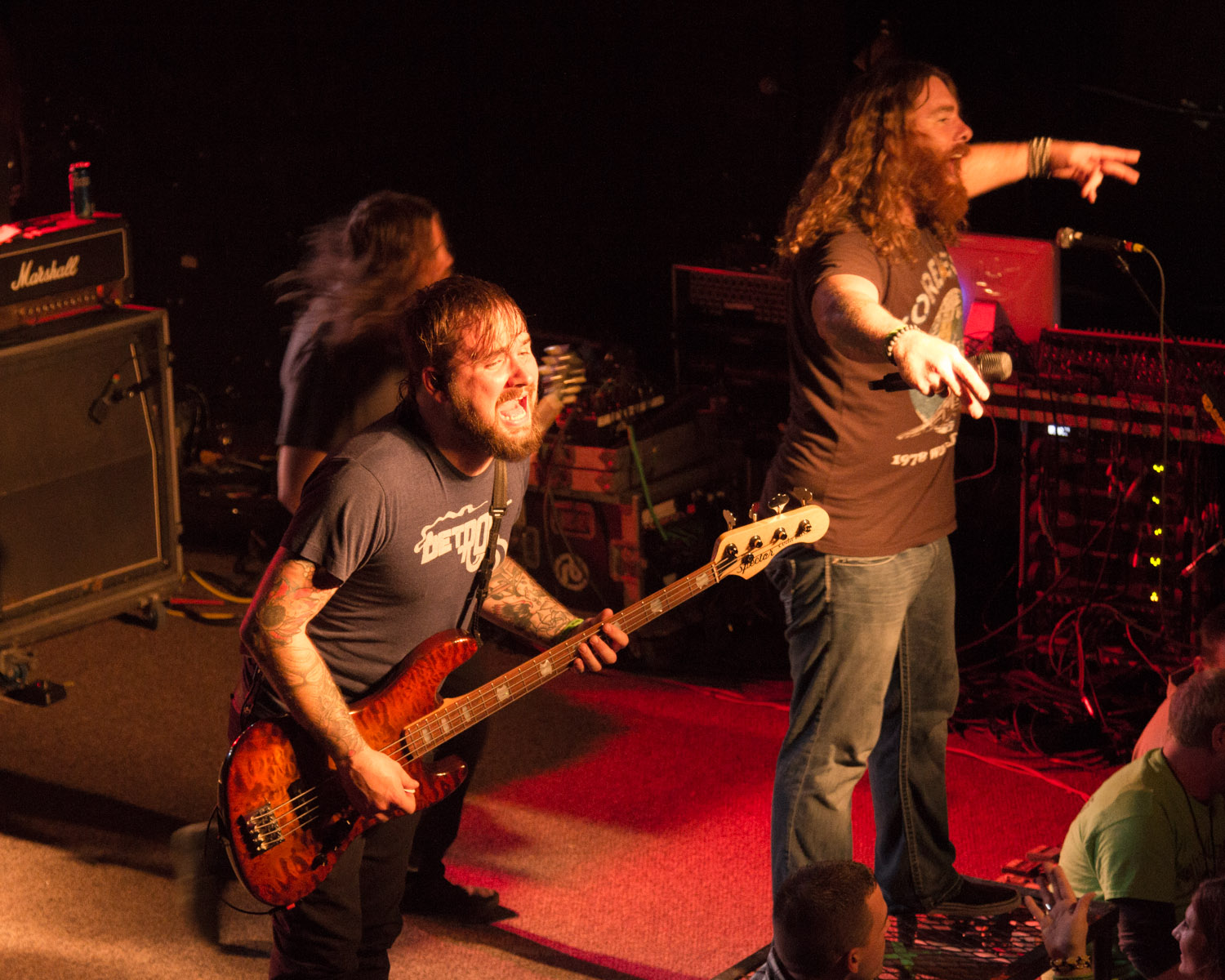 Big Dogs is a home away from home for those who like to rock. With the amount of time some spent at this venue when the rock music scene was thriving in the Cedar Rapids, Iowa area, that’s what it became. Called Big Dogs, then 3rd St. Live for a while, the business has been… Read more » 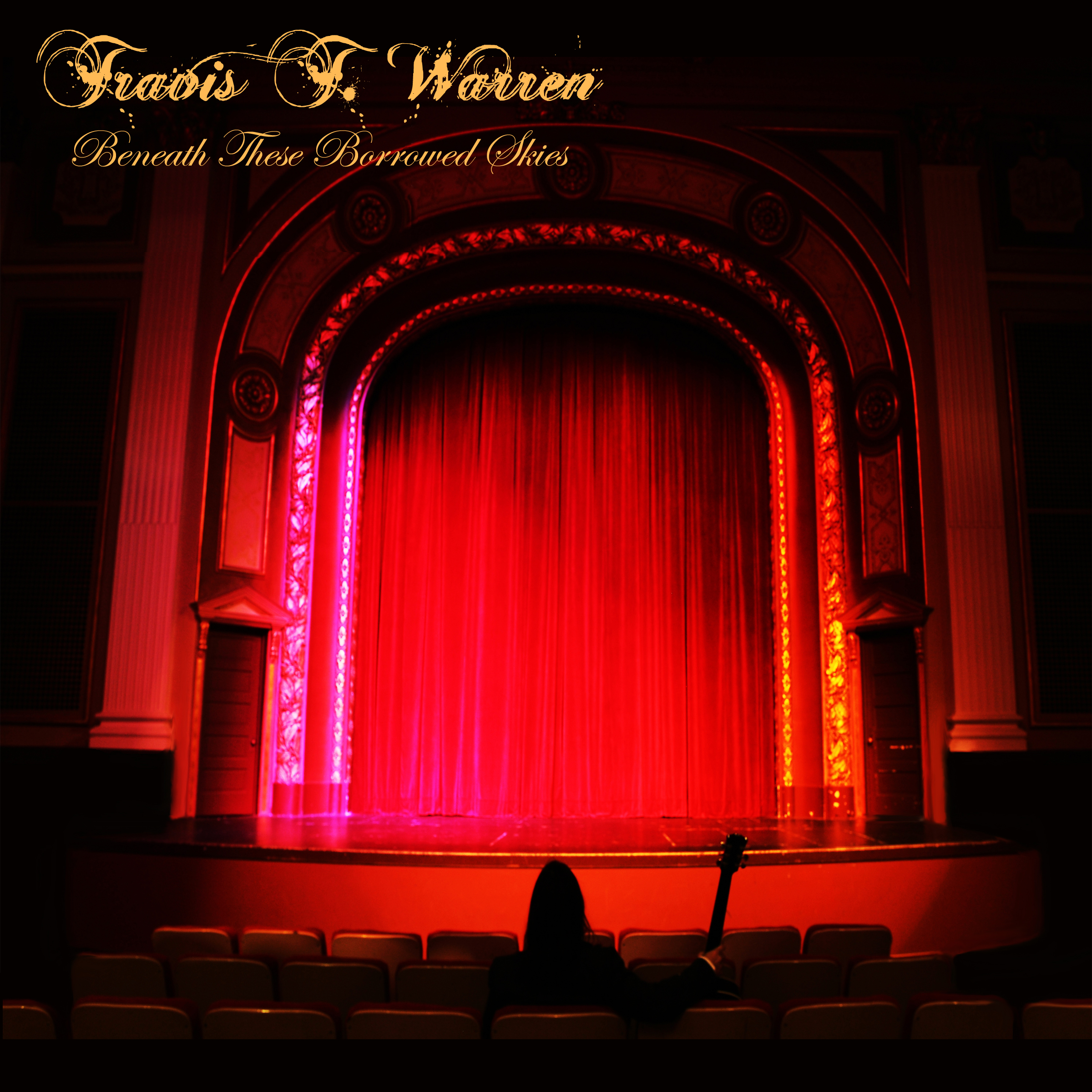 Beneath These Borrowed Skies is the first solo album for Blind Melon frontman Travis T. Warren. The album released on September 25, 2012 under Clarity Way Records, the new label for Clarity Way, a Pennsylvania drug and alcohol rehab facility. Clarity Way Records aims to support musicians in recovery. All proceeds from the album go to… Read more »

State Your Cause – Steal The Stars 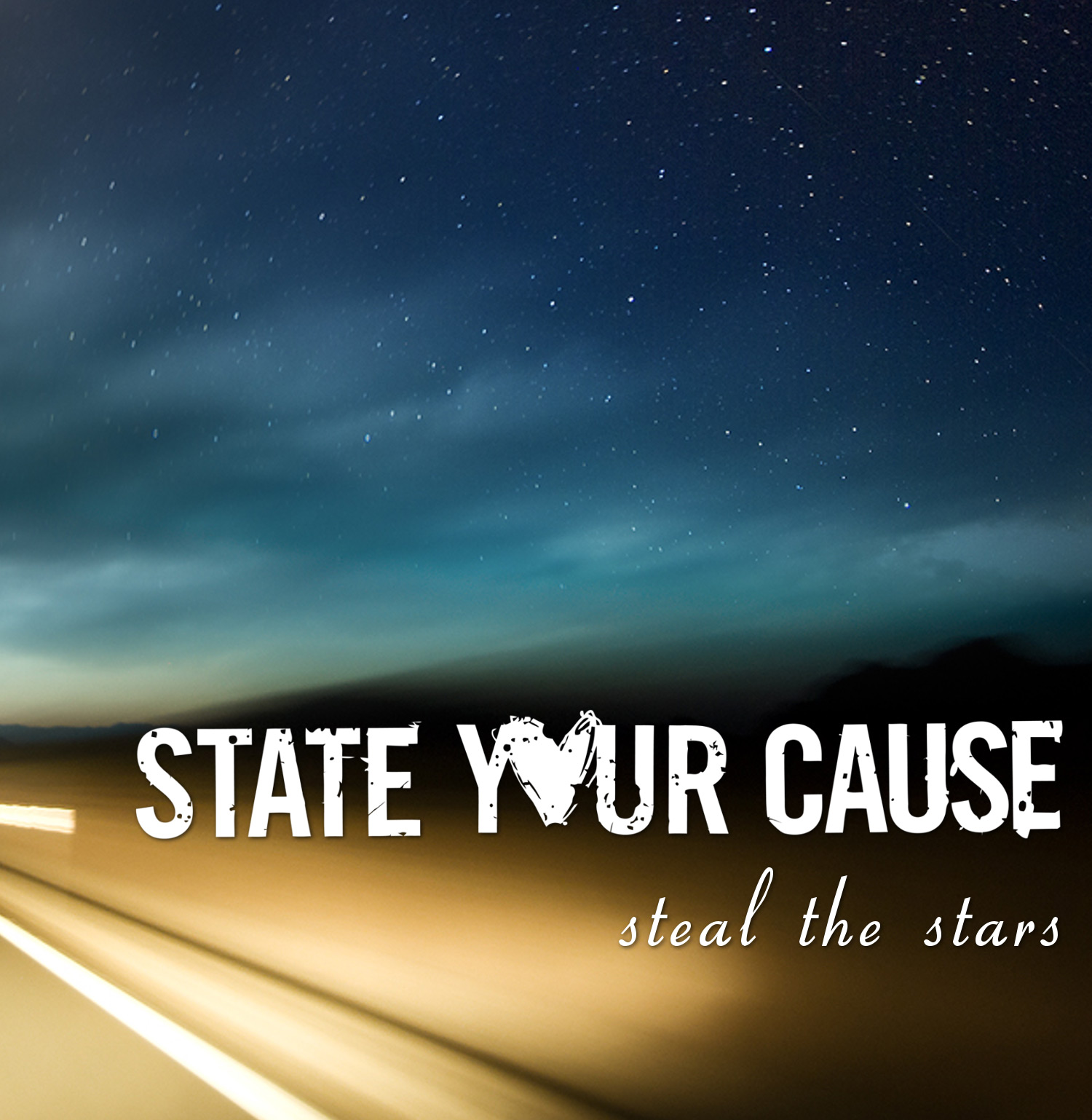 Ohio-bred band State Your Cause is brothers James (vocals) and John Scott (guitar), Chase DeBartolomeis (bass), Deepan Rajah (guitar) and Matt Young (drums). The band self-released their first album, Escape Rebellion Promise, in 2010. The new album, Steal The Stars, was digitally released through New Ocean Media and contains six of the songs from their… Read more » 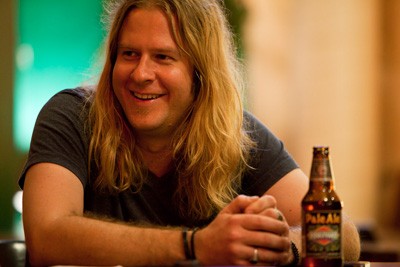 At a time in the music scene when rock stars have started to look like the guy who bagged your groceries this morning, The Last Vegas embodies what rock-n-roll used to look like: the theatrical value of wearing tight studded leather pants, a pair of snake-skin boots, heavy black eye makeup and dark sunglasses. The… Read more »

Posted on September 7, 2012 by Sommer Sharon 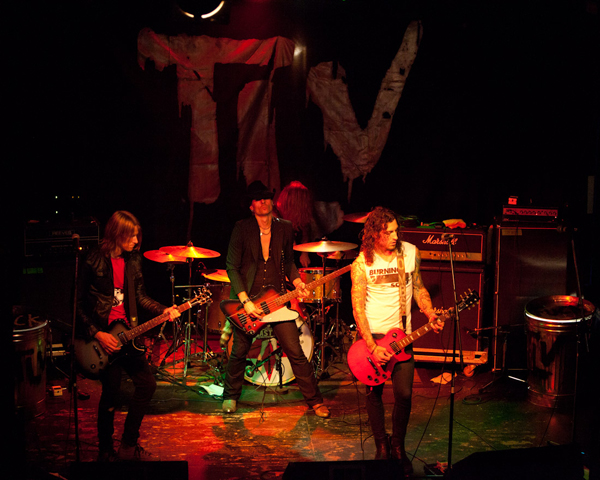 John Corabi: Life Is As It Should Be 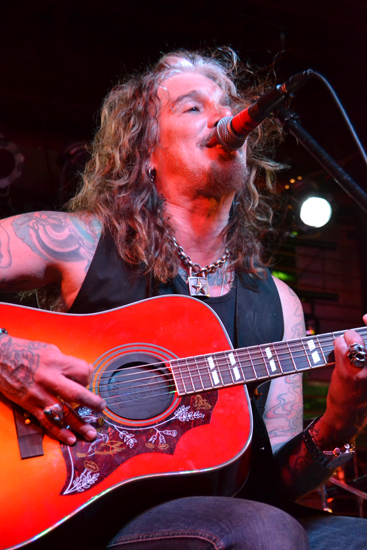 The words “life is as it should be”, are tattooed across John Corabi’s neck, but written in Italian; so for those who don’t speak the language, only he knows what it says. He looks at it every day in the mirror when he brushes his teeth as a reminder to keep forging ahead.  This motto has… Read more »

Saving Abel – Not Just About the Sex

Jared Weeks, frontman of Saving Abel, rolled into Des Moines, Iowa just a few hours before the band was scheduled to perform a free military concert. He’s been chillin’ in his bus wearing jeans with a tracksuit jacket and a Redlight King – a band which has previously toured with the band — t-shirt peeking out… Read more » 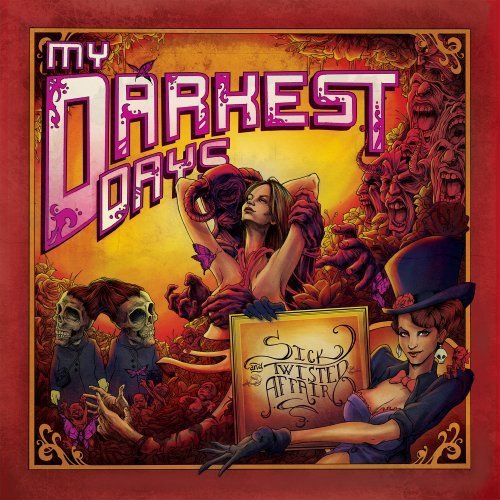 My Darkest Days’ second album, Sick and Twisted Affair, was produced by Joey Moi, who’s worked with such artists as Hinder, Daughtry and Santana. Offering its fans the same 80s-style, sex-infused rock-n-roll sound as we heard on the first self-titled album released in 2010, if you were a fan of My Darkest Days’ first album,… Read more » 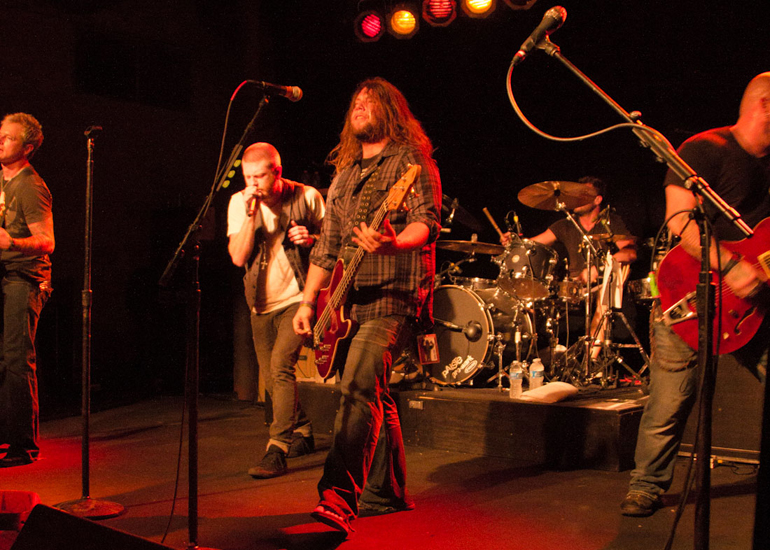 It’s a Sunday night and Saving Abel is hosting an all-ages show free to military, with cheap tickets for the remainder of the crowd. Held in Des Moines, Iowa’s downtown at Wooly’s, named because it was once a Woolworth store, the venue has high ceilings extending close to 20 feet and retained architectural features including… Read more »

Tales from the Stage by Michael Toney 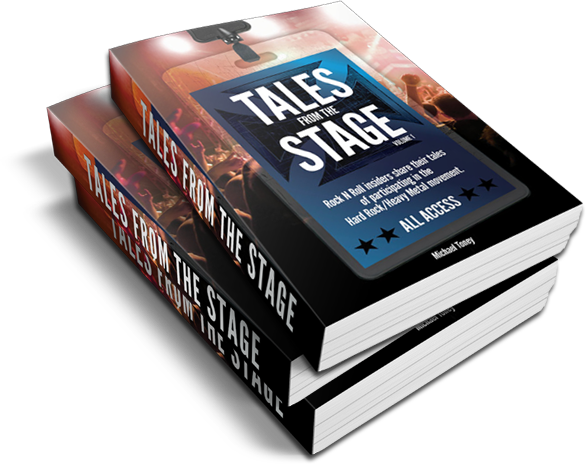 “Waking up in a hotel room in North Carolina in a pool of blood! And looking over with a bad hangover going, Oh my god, did I do that?” ~ Jay Reynolds (past Megadeth guitarist, current Malice and Metal Church guitarist), on his worst groupie experience. That’s one of the responses you’ll read in author… Read more »

The name suits Krazee Kafe. Located on the outskirts of Des Moines, Iowa, next to a strip club, the bar advertises itself as a bar and grill, cereal bar, tanning/hair salon and music venue. Two Weimaraner dogs roam freely throughout the bar during open hours. But this crazy place seems to be a second home… Read more » 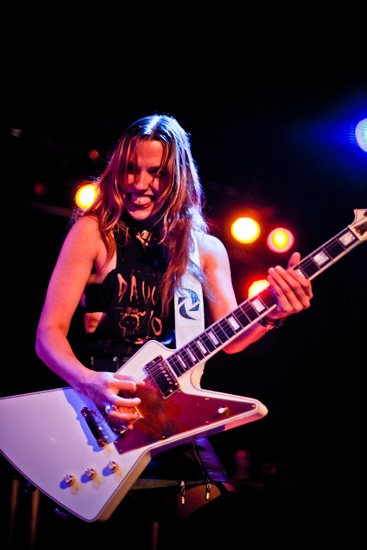 It’s a Tuesday night and Halestorm has packed the Des Moines, Iowa venue known as People’s Court. With a capacity under 1000,  it’s a “small-ish” venue in an old warehouse typical of many of the buildings in Des Moines’ downtown.  Its warehouse-style signature brick walls and exposed ventilation give it an open, industrial look. While… Read more »